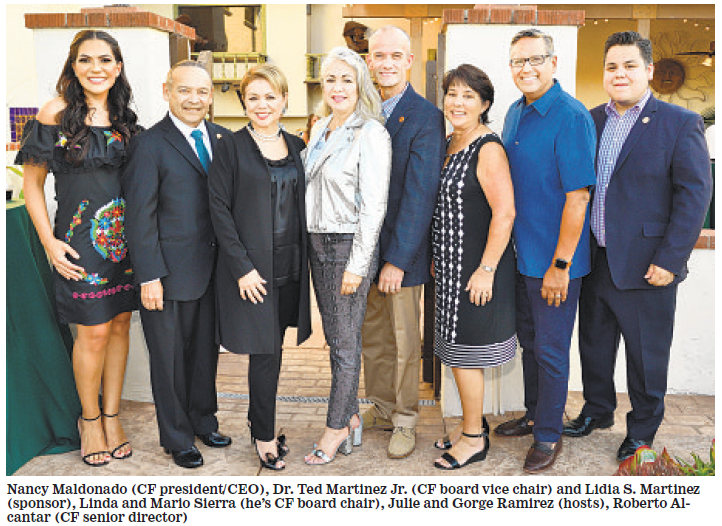 San Diego’s Chicano Federation is “only” 50 years old, having originated during America’s civil rights movement of the 1960s. The organization celebrated its half-century of service to the Latino community with a spirited Anniversary Ball this past May, but its celebrations didn’t stop there, by any means. Most recently (just last weekend), CF hosted its “¡Celebra!” benefit event, marking National Hispanic Heritage Month.

In 1968, President Lyndon Johnson established Hispanic Heritage Week to recognize the contributions of Hispanic and Latino Americans to the country’s history, heritage, and culture. In 1988, President Ronald Regan expanded that commemorative week to a month-long period (fromSept. 15 to Oct. 15).

¡Celebra! took place at Rancho La Morada in eastern El Cajon. Established in 1897 as a humble home on a hundred-acre citrus grove, the property was purchased in 1912 by Richard Robinson, an heir to the Case Tractor Co., who built a much grander 5,000 square-foot craftsman- style residence that featured the newfangled electricity. (Robinson was also part owner of the famed El Cortez Hotel.) Over the years, the property changed hands multiple times, and most of the land was sold off. Present-day owners Julie and George Ramirez feel a deep sense of privilege to live in the historic home, and are pleased to maintain it as part of San Diego’s history. They feel that they’re preserving it for the people of the community to enjoy (and later offered house tours to party guests).

Eager attendees quickly snapped up all 100 tickets for the benefit event, which was held on the multi-level patio next to the pool. Wines, beer, and soda were served, and a mariachi band added atmospheric music. CF board chair Mario Sierra spoke, observing that 50 million Latinos currently live in the U.S., but that figure is projected to exceed 100 million by 2065.

CEO Nancy Maldonato welcomed guests, and honored Monique Lashbrook, who volunteered her time to provide legal services to CF (saving $800,000 on a newlynegotiated lease). Uganda refugee Lacadie Haguma and her daughter Solange Butira, spoke, sharing their story about how CF and its programs helped Lacadie open a childcare business and buy her own home.

On Oct. 26, the San Diego Symphony will show the Disney/Pixar movie “Coco,” about a Mexican boy with a love for music. Symphony musicians (and the guitaristwho played in the movie) will perform the music. Party guests donated enough to send 100 Chula Vista school students to the performance—and an additional $25,000 was raised for CF’s community programs. El Tapatio Catering served an excellent dinner featuring a variety of Mexican favorites. 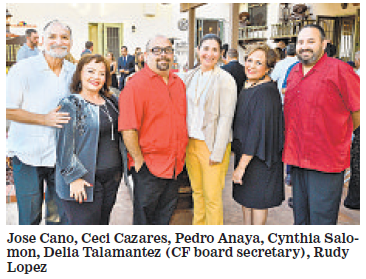 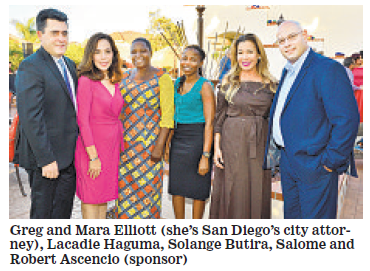 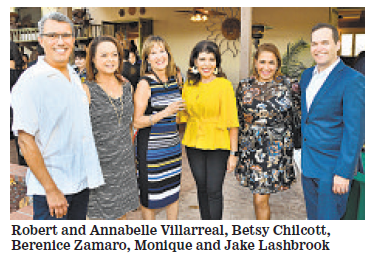